Home > Our Company > Industry Info
What you should know about the industry. 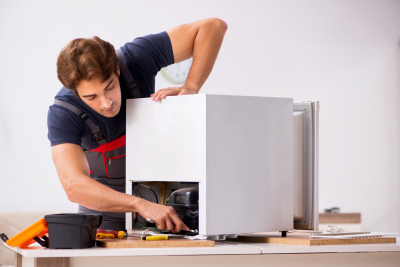 One telltale sign it’s time to upgrade is if your home still has two-pronged electrical outlets, which, according to Sergey Ivanov, owner of BIT Electrical in Daly City, are indicative of an obsolete wiring system. “Generally, homes with two-pronged outlets still have knob-and-tube electrical wiring,” he explains. “Besides being very old, this style of wiring doesn’t have a ground conductor, which increases the risk of electrical hazards.” For those who can’t afford a whole-home rewire, Mr. Ivanov says there’s an alternative option. “You don’t have to rewire your home to upgrade your outlets to three-pronged receptacles—you just need to have GFCIs installed on those outlets. This provides artificial ground fault protection, which reduces the risk of electrocution.”

Another reason to consider upgrading is if your home’s electrical system runs on fuses instead of circuit breakers. “Most fuse boxes are at least 30 years old and were designed for a much lower power output than is needed today,” says Mr. Ivanov. “If you use a lot of electrical appliances and devices, it can cause your home’s electrical wires to overload, which leads to overheating and creates a fire hazard. So, if your home is still running on an old fuse box, you should consider upgrading it to a circuit breaker panel.”

A third reason to upgrade your electrical system is if there aren’t enough outlets in your home to serve your needs. In this case, you may find yourself plugging in a lot of extension cords and power strips, which, according to Mr. Ivanov, can lead to a dangerous situation. “It’s unsafe to have a lot of extension cords running through your home—they should be used temporarily, not permanently,” he says. “Installing additional outlets is a good solution to this problem, and it’s quite affordable as far as electrical upgrades go.”